The forecast had been dire and the day began with stormy rain, totally unfit to be out in. However, the rain did pass and the sun appeared in time for the 12 o’clock web spinning start. It was cold but mainly dry and in the background there was the magnificent sight of the mill with her sails turning. 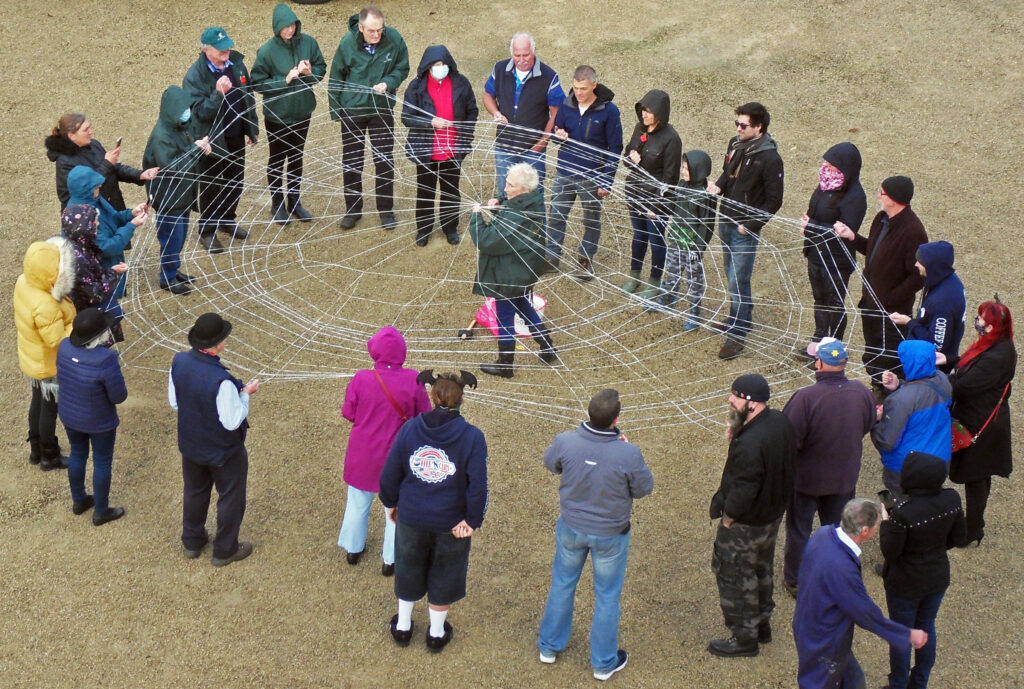 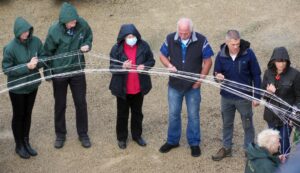 It was cold but mainly dry and in the background there was the magnificent sight of the mill with her sails turning.

Our mother spider Lynn Allen started spinning the web, and this year she was helped by our friend from the American Cars, Attila Csorba. It is so important for the success of the spinning that nobody lets their section of the web slip through their fingers, but everybody concentrated and the cobweb was a great triumph. 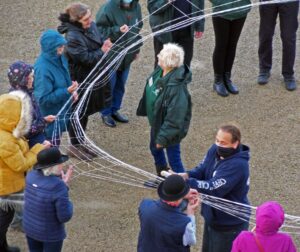 Now the cobweb had to be moved to its final resting place and this required a major effort of synchronisation as the whole web was carried in the air to a neighbouring grass area, where it was fastened to the ground. 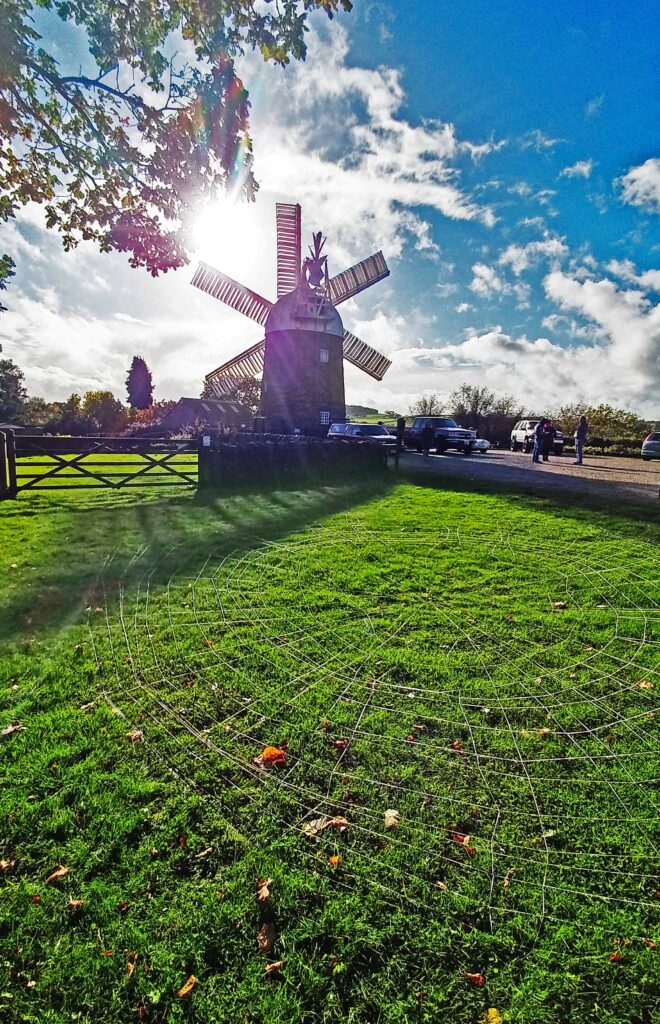 Meanwhile the shop was busy dealing with flour and other sales, serving drinks and organising tours, the guides were taking tours till after 4 o’clock, and the miller was dealing with a very gusty wind, and eventually had to stop the sails.

What a wonderful day and a fitting end to the short 2021 season. The mill and site are now closed until next Spring, with the exception of Santa Day on December 5th.