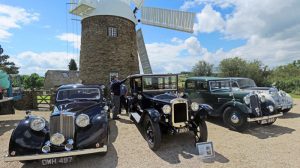 The weekend of May 13/14 is National Mills weekend, organised by the Society for the Protection of Ancient Buildings (SPAB), when our windmill will be one of the hundreds of wind and water mills throughout the country which will open its doors to visitors, many of which are not normally accessible to the public. 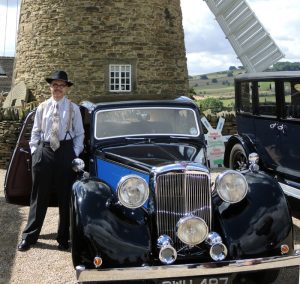 The theme this year is  ‘Engineers and  Engineering’ and so, apart from the marvellous old machinery to behold in our 220 year old windmill, we will be welcoming dozens of vintage cars  – old power in plenty indeed!

The cars, which are taking part in a rally, will be of assorted makes and models displaying  the early motoring technology which led to the well engineered and reliable vehicles most people drive today.

There will be a steady stream of them arriving throughout the day, starting from 9-00am and continuing until 4-00 pm, although a core of them will be on site all day. 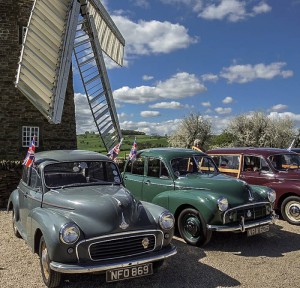 It will be something like a lucky dip as to what will be there at any particular time, depending how long one stays on site.

Throughout the weekend radio clubs from all over the UK will be based at windmills and water mills, seeking to make contact with other mills in this country and across the world. Over the entire weekend we will once  again  be hosting the Nunsfield Amateur radio Club, based in Derby, who will set up a temporary transmission station and will  try  to carry  the name ‘Heage Windmill’ to the far corners of the world. 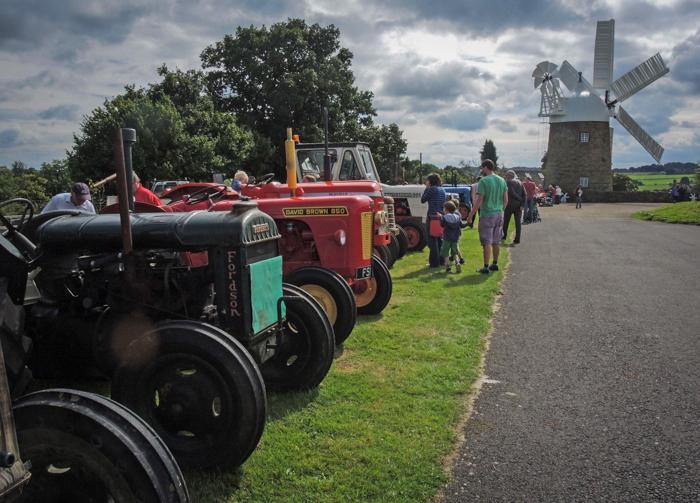 Tractor day at Heage Windmill on Sunday September 4th was a roaring success, and even the sun came out later in the day. 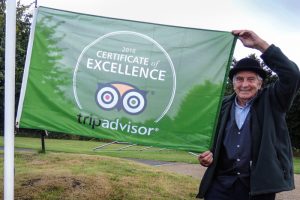 Some two dozen carefully restored tractors – of a variety of well known makes – were lined up in the paddock area and visitors were able to examine, discuss and in some cases sit on them!

We were also pleased to be able to fly, for the first time, the 2016 Flag of Excellence , provided by Trip Advisor, marking our second year in that category as a tourism site.

The Nunsfield House radio club were in attendance and were making contact with other amateur radio stations round the world. 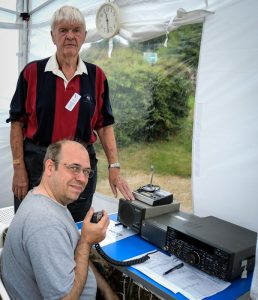 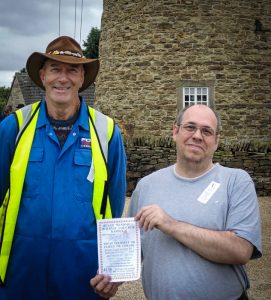 They had some special news to impart: one of their members who was on site, Stephan Latimer, was the winner of a prize draw made at the mill, at noon. His prize, a week in a holiday cottage in Belper, had been donated by local man, Barry Lewis, and all proceeds have gone into the mill repair fund TAMA (Trouble at the Mill). 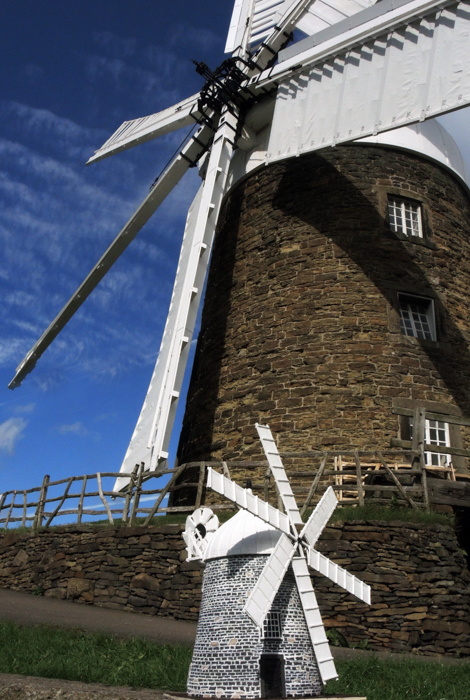 Also on the day, we were presented with a scale model of the windmill, made by Mr Michael Nunns, which took 8 months to make and used approximately 5,500 match sticks.

This excellent model will be on regular display at the mill.

The ever popular bric a brac stall was particularly busy and, again, proceeds went to the mill repair funds. Keeping a 220 year old Grade 2* listed machine in working order needs a lot of money!